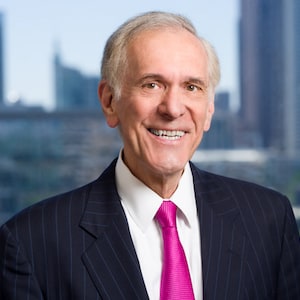 David F. Walbert is a graduate of Stanford University and the University of Michigan, where he received his undergraduate and Masters degrees in physics. He received his law degree from Case Western University. While there, he was the editor of the Law Review and received other honors, including Order of the Coif. Mr. Walbert practices before both state and federal courts in Georgia and elsewhere. He is admitted to the Bar of the United States Supreme Court and several federal Courts of Appeals.

Following graduation from law school, Mr. Walbert served as law clerk to the Honorable Gus J. Solomon of the United States District Court for Oregon. Since then, he has lived in Georgia and his practice has focused on complex cases. He has tried medical malpractice and personal injury cases, environmental cases, civil rights cases, white collar criminal cases, and complex commercial cases. He has also been counsel in significant class actions. Mr. Walbert has appeared on many occasions before federal and state appellate courts, and he has also appeared before the United States Supreme Court on several occasions.

Mr. Walbert has frequently spoken at legal education seminars. He has taught at the Emory University School of Law, both as an adjunct and as a full-time faculty member. He has authored articles in legal journals and is the co-editor of several books, including the acclaimed Abortion, Society and the Law.

Mr. Walbert has been an active member of several legal professional associations, including the Georgia Trial Lawyer’s Association. He is a member of the American Board of Trial Advocates. Mr. Walbert considers himself extremely fortunate to be married to his wife, Charlotte, and the father of his three sons, David, Christopher and Michael. He is active in many public and civic matters.

American Board of Trial Advocates

Papers
Contact Us
Practice Areas
Client Reviews
★★★★★
Their insight, expertise and experience provided us with invaluable guidance during times when we faced critical decisions. Lewis M.
★★★★★
Just wanted to send a formal thank you note to emphasize just how grateful I am for the outcome of my case! You truly have taken the stress out of this unfortunate situation. N.S.
★★★★★
Very professional, updated me once a week, very thorough and knocked it out of the park. We got everything we were looking for. The overall staff was very encouraging and gave me the strength to keep going. Chris J.
View More
Submit a Law Firm Client Review