"Their insight, expertise and
experience provided us with
invaluable guidance during times
when we faced critical decisions."
Lewis MasseyMassey, Watson & Hembree
Home
Articles
The Holiday Nobody is Celebrating

The Holiday Nobody is Celebrating

You may not know that today – April 8, 2014 – is actually a holiday. But it’s one that doesn’t exactly call for a celebration.

The day highlights the 23% wage gap between men and women in the U.S. workforce. And when you focus on African-American and Hispanic women, the numbers are even worse, as shown below in charts created by the American Association of University Women (AAUW): 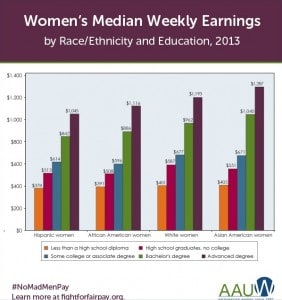 When President Kennedy signed the Equal Pay Act into law in 1963, women earned 59 cents for every dollar men made. Today the gap has narrowed — slightly — such that women earn 77 cents to each dollar earned by men. But the numbers have stayed relatively steady for the last decade. 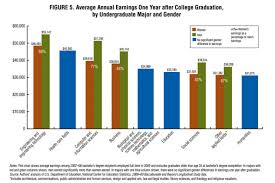 You can read President Obama’s proclamation declaring today Equal Pay Day here. If you want to learn more about Equal Pay Day, the Equal Pay Act, and the gender gap generally, visit AAUW’s website, the Department of Labor’s website, or the website of the National Women’s Law Center.

The attorneys at Parks, Chesin, and Walbert have unrivaled experience in the area of discrimination litigation, including claims asserting violations of the Equal Pay Act and Title VII’s more general prohibition against gender-based discrimination. Other laws may be implicated as well, such as the Fair Labor Standards Act (FLSA), which governs payment of minimum wage and overtime pay. If you have questions about whether your employer has violated your legal rights, contact us today by filling out the form to your right or calling 877-986-5529.