"Their insight, expertise and
experience provided us with
invaluable guidance during times
when we faced critical decisions."
Lewis MasseyMassey, Watson & Hembree
Home
Articles
The Abercrombie & Fitch “Look” Doesn’t Include a Hajib

The Abercrombie & Fitch “Look” Doesn’t Include a Hajib 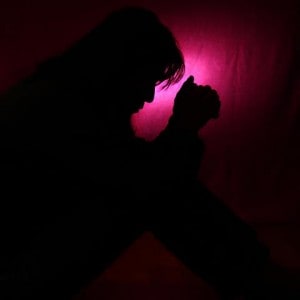 Since the Supreme Court’s decision in Burwell v. Hobby Lobby, 134 S.Ct. 2751 (2014), religious freedom has been a hot topic in the courts. The High Court recently heard oral argument in a case involving Abercrombie & Fitch’s refusal to hire a highly rated applicant because of her Muslim headscarf. The case is Equal Employment Opportunity Commissioner v. Abercrombie & Fitch Stores, Inc. At issue in the case is the Abercrombie & Fitch “Look Policy” which promotes a “classic East Coast collegiate style” of clothing. Traditional Muslim attire is apparently inconsistent with this “look.”

Samantha Elauf, petitioner, is a seventeen your old Muslim woman who applied for a job at an Abercrombie Kids store in Tulsa, Oklahoma. Prior to applying, Elauf asked her friend, an employee at the store, whether her headscarf would be permitted at the store. Her friend consulted the assistant manager who stated that a headscarf should not be a problem based on the fact that religious Jews had been permitted to wear yarmulkes in the past. At her job interview, Elauf wore her hajib. The rest of her clothes were in the Abercrombie & Fitch style. The interviewer initially gave Elauf a score high enough to be recommended for hire. However, concerned over the hajib, the interviewer conferred with store management. Management directed that Elauf’s interview score should be downgraded because of the hajib. As a result Elauf was not hired.

Abercrombie & Fitch claims that the religious clothing violates its “Look Policy” because the policy prohibits the wearing of “caps.” The actual policy is silent about hajibs. The trial court rejected Abercrombie’s argument finding that the hiring manager knew that Elauf’s hajib was worn for religious reasons and that he refused to hire her specifically for that reason. After a trial, a jury awarded Elauf $20,000.00.

On Appeal, the 10th Circuit reversed and directed that Abercrombie should win. The Court said that Elauf was obligated to specifically inform Abercrombie that her hajib was worn for religious purposes and that Elauf should have asked for an exception to the dress code to wear it. Would the decision be the same if the religious clothing were a cross or an employee with ashes on her forehead?

Now the Supreme Court must decide whether an employer can avoid its affirmative obligation to accommodate a religious practice because it did not “fully understand” or “know to a certainty” that the particular practice was religious in nature. The oral argument in the case is excellent and is focused on the issues. You can access the argument online.

Practice Point: Title VII of the Civil Rights Act of 1964 prohibits employers from refusing to hire someone because of their religious practices unless the employer can show that it would be an undue hardship to make allowances for the practice. If you believe that either your employer or potential employer discriminated against you based on your religious beliefs, please contact our firm immediately at 877-986-5529 or firm@pcwlawfirm.com.