[Correction appended: See below for a correction to this story.] 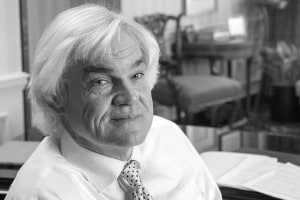 A One-Time Political FOE of Public Service Commission Chairman Robert “Bobby” Baker was in court Thursday for a hearing on his suit challenging Baker’s legitimacy as a member of the panel.

At issue is energy consultant Roger Dozier’s claim that Baker could not legally represent his district because it does not include DeKalb County, where Dozier said Baker’s primary residence is.

In sometimes testy exchanges, Dozier’s attorney, A. Lee Parks Jr. of Parks, Chesin & Walbert, grilled Baker and his wife about the numbers of days he spends in Atlanta for his full-time duties on the PSC, and how much time he spends in Clarke County, where he formerly owned a condo and has purchased another property near Bogart.

“I should have left a better paper trail,” said Baker.

“I wasn’t keeping records in anticipation of being sued.”

Baker and his wife, Joselyn Butler Baker, assistant general manager for communications at MARTA a former spokeswoman for Gov. Roy Barnes, also own a house in Atlanta where, they testified, they spend the bulk of their time.

But Baker claims residence in Clarke County in District 2, which he represents; DeKalb County is in District 3, represented by Commissioner Chuck Eaton.

Dozier, who lost to Baker in the 2004 Republican primary, and Eleanor McMannon sued in Fulton County Superior Court last August claiming that Baker is violating a 1998 law requiring each PSC member to reside in the district he or she represents.

Dozier, 59, is represented by Parks and firm partner David F. Walbert, both of whom have argued before the U.S. Supreme Court on redistricting issues.

Dozier says that Baker purchased a house in DeKalb in 1999 and signed mortgage papers indicating it was his primary residence. In 2002, he signed it over to his wife via a quitclaim deed. The complaint adds that in 2003 Baker purchased a condominium unit in Athens.

“When Baker’s second term in office ended December 31, 2004,” says the complaint, “he was legally required under the amended legislation to have resided in District 2 for at least 12 months prior to the 2004 General Election.” Instead, it continues, he lived in DeKalb during that period.

Attempting to show that Baker’s claim of Clarke County residency is a “sham,” Parks demanded to know why the commissioner hadn’t filed for a homestead exemption for his property there until after Dozier’s suit was filed.

“I only became aware I didn’t have a homestead exemption as a result of this litigation,” said Baker. “I’ve applied for one on the Bogart property.”

The hearing was called to address a motion Highsmith filed asking that the suit be dismissed, arguing that Dozier waited more than three years after learning of Baker’s dual residency before filing his complaint.

Highsmith argued that both Baker and the public would be ill served by allowing the suit to proceed, noting that his client had already been forced to turn over four years’ worth of credit card bills, utility bills, work schedules and other documents, and had already undergone six hours of questioning by Parks in a deposition.

Highsmith also took Dozier to task, noting that the failed candidate filed his first complaint with the State Ethics Commission over Baker’s residency in mid-2004; he has since filed two more, one of which was dismissed last year and another of which is pending.

“You’ve been thinking about this issue since 2004,” said Highsmith, “but you didn’t take any specific action to challenge his residency … until you consulted with Mr. Parks in July 2006.”

Pointing out that Dozier spent more than $70,000 on his losing campaign, almost all self-funded, Highsmith said Dozier could have hired investigators and attorneys long before he finally decided to challenge Baker’s residency.

Fulton County Superior Court Judge Christopher S. Brasher, who had limited the scope of the hearing to the issues of timeliness and potential prejudice to Baker and the public interest should the case proceed, said he would take the matter under consideration.

Correction: A June 29 article about a suit against Public Service Commission Chairman Bobby Baker “PSC chair faces residency challenge” misreported that the commission itself is a defendant. The PSC has been dismissed from the suit, which claims Baker does not live in the district he represents. The story also misreported that the state attorney general hired Holland & Knight partner Robert S. Highsmith Jr. to represent the PSC and Baker. Highsmith represents only Baker, who retained the lawyer privately.