"Their insight, expertise and
experience provided us with
invaluable guidance during times
when we faced critical decisions."
Lewis MasseyMassey, Watson & Hembree
Home
Our Team
John Mays 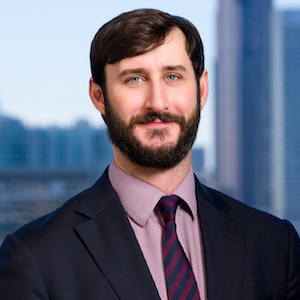 John Mays concentrates his practice in the area of wage and hour law, in which he is an aggressive litigator and a meticulous compliance expert.

John's ability to work effectively with businesses in a wide range of industries is grounded in his own diverse employment history, which includes work in the publishing, hospitality, music production, and real estate industries. Like many in the modern workforce, he was often classified by employers as an "independent contractor"—a designation that, while reducing short-term costs, exposes businesses to liability to costly wage and hour lawsuits and reduces productivity. As a result, he found himself drawn to employment law, with a particular interest in helping businesses reduce labor costs while improving conditions for employees.

John also represents employees in wage and hour actions to recover unpaid wages. He finds that enforcing the rights of just one employee often encourages employers to pay all of their employees properly, providing a significant benefit to the entire workforce.

After graduating from Columbia University, John attended Emory University School of Law, where he was a Dean's Scholarship recipient and Notes & Comments Editor for the Emory International Law Review. He is decidedly average on the cello and guitar, but he has high hopes for the family band he is developing with his two children, Collier and Jack.