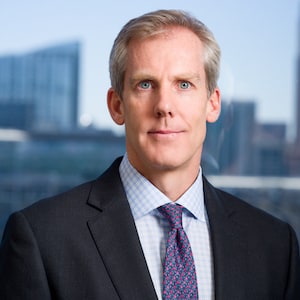 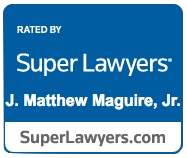 J. Matthew Maguire, Jr. has been a trial lawyer for over 20 years. He enjoys a diverse practice that includes litigating against government entities, business, construction and employment litigation. A substantial amount of Matt’s practice is devoted to the representation of government contractors in bid protests and related litigation. He has also decided bid protests as a Fulton County Bid Protest Hearing Officer.

Matt has held Martindale-Hubbell’s highest ability and ethical rating (AV) for lawyers since 2001. He has been recognized by Law & Politics and Atlanta Magazine as a Georgia Super Lawyer (2011, 2012) and a Rising Star (2005, 2006), as well as a “Legal Elite” by Georgia Trend (2013) . In 2008, the Fulton County Daily Report selected Matt as one of twelve Georgia attorneys under the age of 40 who are “on the rise.” Matt is a graduate of the 2011 class of Leadership Georgia, and he is a former chair of the Litigation Section of the Atlanta Bar Association (2013-2014). He is a graduate of the University of Virginia (1990) and Georgia State University College of Law (1995), where he served on the law review.

Convinced the Georgia Department of Administrative Services to disqualify intended RFP awardees and to award the following contracts to firm clients:

Papers
Contact Us
Practice Areas
Client Reviews
★★★★★
Their insight, expertise and experience provided us with invaluable guidance during times when we faced critical decisions. Lewis M.
★★★★★
Just wanted to send a formal thank you note to emphasize just how grateful I am for the outcome of my case! You truly have taken the stress out of this unfortunate situation. N.S.
★★★★★
Very professional, updated me once a week, very thorough and knocked it out of the park. We got everything we were looking for. The overall staff was very encouraging and gave me the strength to keep going. Chris J.
View More
Submit a Law Firm Client Review