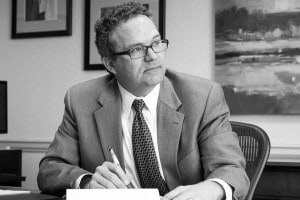 Following a jury’s award of $110,000 to a woman it said suffered retaliation in response to her employment discrimination suit, a federal judge last month ordered the defendant company to pay almost $250,000 in attorney fees and expenses.

The Dec. 19 order by U.S. District Court Judge Amy M. Totenberg rejected defense arguments that because the plaintiff did not prevail on her underlying claims of gender discrimination, she should receive far less than the amount her lawyers sought.

Totenberg wrote that Michele Obester’s claims of discrimination and retaliation were all “closely intertwined,” and that the defendant should pay all but about $20,000 of the fees her lawyers racked up preparing and trying the case. Lawyers who bring successful civil rights cases are entitled to attorney fees, and despite defense claims to the contrary, Totenberg wrote, the verdict on the retaliation claims represented a “major award and mark of success.”

The outcome should serve as a cautionary note for employers, said Parks, Chesin & Walbert partner Andrew Y. Coffman, who represented Obester. She was hit with five counterclaims when she filed her discrimination suit, three of which were thrown out on summary judgment, the other two of which were dismissed.

“A quarter-million dollars in attorney fees on a $100,000 verdict-that just sort of represents what can happen to you in federal court as a defendant,” said Coffman, noting that the company rejected his client’s efforts to settle the case.

Defense attorney Cary Ichter, who represents Obester’s former employer, the staffing company Lucas Group, said he would add an appeal of Totenberg’s attorney fee order to his appeal of the verdict already pending in the 11th U.S. Circuit Court of Appeals.

Ichter said the disparity between the $800,000 the plaintiff asked for at trial and the actual jury award should be mirrored in any fee award.

“They were suing for over $800,000 and said they were wildly successful by winning $110,000, so they should be just as wildly successful in their fee application: The court should give them about 14 percent of what they asked for,” said Ichter. “It makes sense to me.”

Ichter had raised the same argument in a brief opposing the fee request, an argument Totenberg wrote “elevates hyperbole in mathematical guise over well settled principles for the analysis of the reasonableness of attorneys’ fees in civil rights cases.”

According to court filings, Obester began working at Lucas Group in September 2003, eventually advancing to the position of corporate services manager, with two receptionists and an assistant under her, while she reported directly to Lucas Group CEO Art Lucas.

In July 2007 Obester told Lucas she was pregnant, and the following month she was placed on bed rest by her doctor after complications with the pregnancy. She worked out an agreement with Lucas Group to work 30 hours a week from home while collecting her regular salary.

In November 2007, Lucas issued a performance evaluation for Obester that, while positive, concerned her “because the rating was somewhat less favorable than her preceding evaluations,” according to the fee order. “This concern was heightened by Mr. Lucas’ remarks in the evaluation that Obester needed in the future to learn how to balance her family and work life.”

Two weeks after the evaluation, Obester was relieved of many of her duties and told she would no longer report to Lucas but to the company’s human resources director.

In March, Lucas Group’s HR director told Obester that her new job had been eliminated. Upon her return, she was to take a position as a corporate recruiter at the same salary she was making as corporate services manager.

The complaint in the case said the new job involved “cold calling” recruiters at other companies in an effort to lure them to Lucas Group, “a skill with which Art Lucas knew that Obester was not comfortable. In sum, it was a position at the bottom of the corporate ladder, whereas her former position was near the top.”

On her scheduled return in May 2008, Obester met with Lucas Group’s HR manager.

“Not wanting to accept another undeserved demotion,” said her complaint, “Obester declined the position.”

Three days later, the complaint said, she was fired-but the company maintained that by declining to take the job she voluntarily resigned.

The following month, Obester sought legal advice, and her lawyers contacted her former employer “seeking resolution of Obester’s claim that she had been terminated by Lucas Group on the basis of pregnancy and gender,” Totenberg wrote. “Several days later, the Lucas Group ramped up its review of her electronic footprint at the company, including several emails she had sent herself prior to her termination.”

In October 2008, following the issuance of a right-to-sue letter by the Equal Employment Opportunity Commission, Lucas Group’s lawyers warned her counsel that “if Obester proceeded with litigation, Lucas Group would file counterclaims against her, which is indeed precisely what transpired.”

In November 2008, Obester sued Lucas Group and its corporate parent, Lucas Associates Inc., alleging that her firing constituted discrimination on the basis of gender and pregnancy in violation of Title VII of the Civil Rights Act of 1964 and that the elimination of her job while she was on maternity leave violated her rights under the Family and Medical Leave Act.

The court threw out three of the claims on summary judgment, and Lucas Group voluntarily dismissed the remaining two.

Following a four-and-a-half-day trial in June, a jury took less than an hour to reach a verdict, finding for the defense on the discrimination and FMLA claims but ruling that Lucas Group had retaliated against Obester by filing the counterclaims. It awarded $10,000 for compensatory damages and $100,000 in punitive damages.

Even though Obester failed on two of her three counts, Totenberg said that her ability to prove the retaliation claim “involved by necessity her discovery and development of facts that were centrally intertwined with Plaintiff’s discrimination and FMLA claims.”

“Defendant fiercely litigated this case at every stage, raising a persistent array of defenses, motions, and trial objections,” she wrote, “and cannot be heard at this juncture to complain about the scope of litigation hours required to bring this case to a final verdict.”