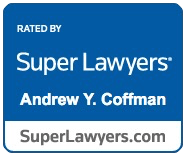 Mr. Coffman is an experienced trial lawyer who has secured jury verdicts and numerous out-of-court settlements for clients in cases ranging from police brutality to wrongful termination. He is admitted to practice in all Georgia state and appellate courts, the United States District Courts for the Northern and Middle Districts of Georgia and the Eleventh Circuit Court of Appeals. His practice is varied and encompasses informal counseling, severance and contract negotiations, administrative appeals, mediations, and trial. He can help you initiate your charge with the Equal Employment Opportunity Commission (EEOC) and guide you through the process to settlement or verdict.

His interests include restoring his 100 year old home, perpetually training for the Peachtree Road Race, and spending time with his family. Mr. Coffman stays involved in the community through the Georgia Volunteer Lawyers for the Arts, and as an active resident of his Inman Park neighborhood.

Association of trial Lawyers of America

Representative Experience
Contact Us
Practice Areas
Client Reviews
★★★★★
Their insight, expertise and experience provided us with invaluable guidance during times when we faced critical decisions. Lewis M.
★★★★★
Just wanted to send a formal thank you note to emphasize just how grateful I am for the outcome of my case! You truly have taken the stress out of this unfortunate situation. N.S.
★★★★★
Very professional, updated me once a week, very thorough and knocked it out of the park. We got everything we were looking for. The overall staff was very encouraging and gave me the strength to keep going. Chris J.
View More
Submit a Law Firm Client Review